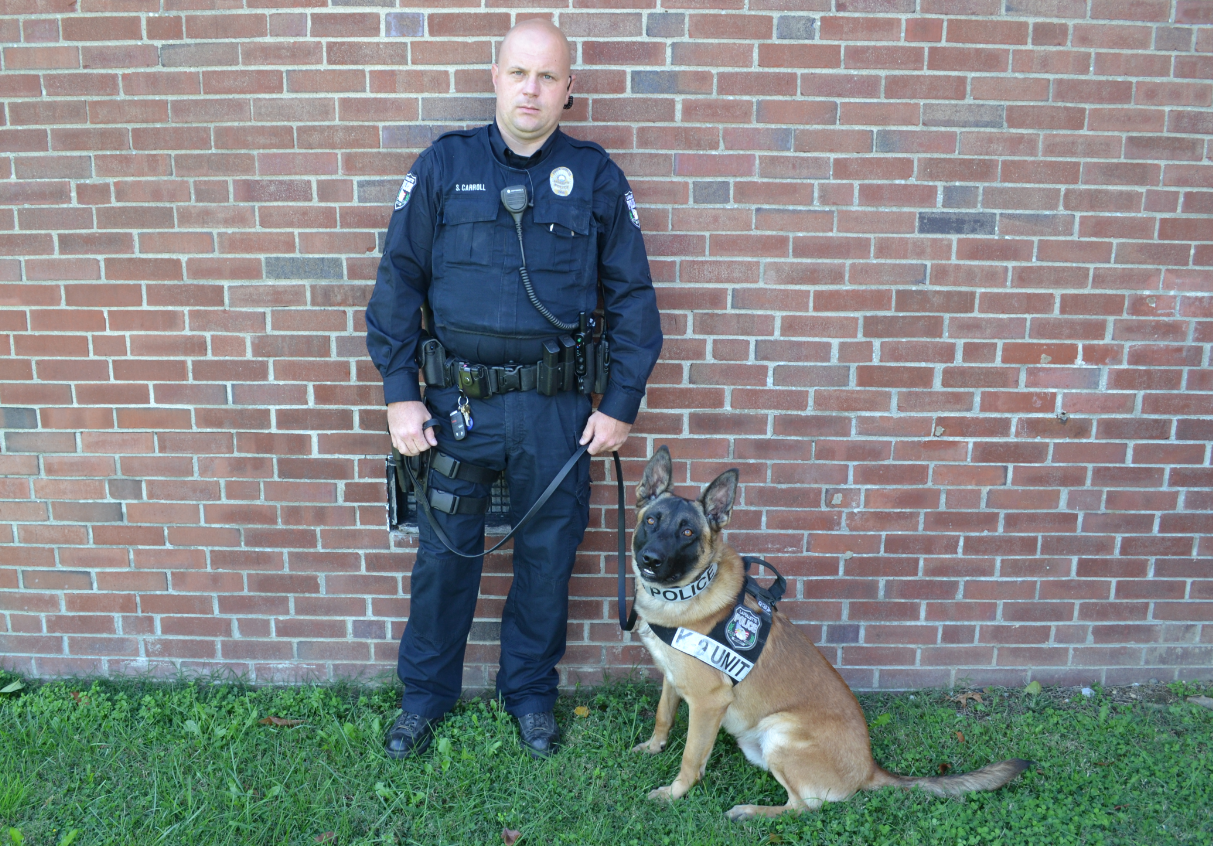 The LaFollette Police Department K9 Unit is highly trained and authorized to respond as needed. The general public often considers a police dog as only being trained to pursue and attack a suspect at the command of the officer or handler. Truthfully, to pursue and to attack are just two of the many jobs that the LaFollette Police Departments K9 is prepared for. The K9 Unit is also called upon to search buildings for potential suspects.Through its keen sense of hearing and smell, the police dog serves as an excellent tool for such task. Many K9's are trained to detect concealed explosives. This allows them to be effectively used in large venues such as sporting events, large gatherings, and school events. "Chuck" Morris also has extensive training in locating and tracking, which aids in the location of missing persons or those that accidentally wonder off such as Alzheimer's patients.